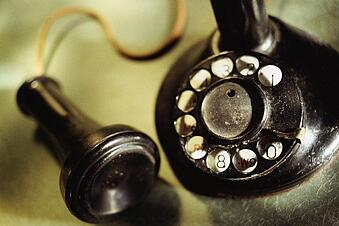 world, it's becoming clear that upgrades are starting to become a matter of “when” and not “if.” After nearly a century of dominance, the old copper-wire phone systems are finally being surpassed, and replaced by Internet-based systems that can do far more than the old network can.

Unfortunately, VoIP adoption has been slow among small businesses. As of the start of the year, less than 20% of smaller firms had migrated onto VoIP, despite the substantial cost savings it provides. After all, beyond acting as the backbone for virtually all future unified communications upgrades, a move to VoIP immediately results in a huge reduction in long distance bills.

Why is this? Well, until recently, these sorts of solutions were often expensive to install, implement, and maintain. Small business phone system IP-based communications were never known for its simplicity, and last-century networking leaders like Cisco happily charged a premium for their services.

Now, however, the truth is that VoIP telephone systems and unified communications are within the reach of virtually any business that wants them. And it's a good thing, too, since that's the direction that global business is headed!

Companies like ADTRAN and Juniper have been leading the way in breaking Cisco's hold on business networking and phone systems, and most of that is simply by competing on price. In fact, in multiple tests, ADTRAN's products have been shown to perform as well or better than Cisco's in most areas, despite costing, on average, half what Cisco charges.

The result is a line of options that allow any business to upgrade their telecommunications to VoIP and put themselves on an upgrade path towards full communications independence.

For example, the ADTRAN Total Access line of combined SIP Gateways and routers are designed specifically for firms moving onto VoIP. They handle voice and data communications, with options to support legacy telephones as well as current models.

Ease-of-use is another prime consideration. Previously, network management meant hiring someone who knew UNIX, and certified technicians tended to cost a lot of money to keep on staff. However, networking operating systems like ADTRAN's AOS or Juniper's Junos are now being designed assuming that you may not have anyone in your office with advanced computer skills. This makes them ideal for smaller firms.

Windowed operating systems make system management a breeze, and through virtualization, your entire network can now be controlled through a single interface, on a single console, from anywhere in the world. Even if a company had a dozen offices linked through a single network, it only takes one person with average computer knowledge to maintain your entire communications system. 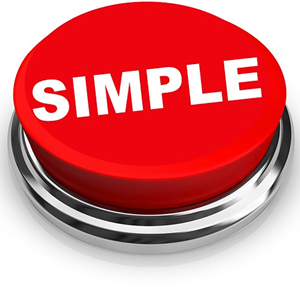 Another significant barrier to VoIP adoption among smaller firms was the upgrade cycle. Companies mostly buying hardware off-the-shelf became mired in compatibility issues, or found themselves having to replace hardware long before its EOL when it couldn't keep up with more recent hardware.

When you get your Unified Communications from firms like ADTRAN or Cisco or Meraki Communications, you know that everything they produce – from phones to routers – is going to be compatible. In fact, they're designed assuming that a piece of hardware is going to remain in a network for as many years as possible, wringing more performance out of older pieces of hardware.

So, this combination of more-affordable hardware, easier use, and smoother future upgrades means that VoIP is here for virtually any business.

If you're still working off a copper-wire system, and looking enviously at the fully virtualized, location-independent global systems that larger companies are leveraging, just drop us a line and tell us what your business needs to succeed in the future!