Should you still be using a controller-based wireless network?

The networking world is fast-changing, and that means once-interesting technologies are now coming into their own.  For years, companies had been working on controller-less Wi-Fi setups that would be quick and easy to deploy, while offering improved security.

While earlier attempts were less successful, or required "hybrid" setups with a controller were still necessary, ADTRAN has now created the next industry standard with their Bluesocket line of solutions.

This new controller-less standard allows small-and-medium sized businesses to quickly and affordably set up a robust, expandable network that's ready for growth over the years.

I - It's Easier To Configure Than Ever

One traditional complaint leveled at controller-less wireless networks is that they're difficult to set up and maintain in larger deployments.  The lack of a central controller, it is said, becomes a barrier to extended configurations.

That's simply no longer true.  The ADTRAN Bluesocket line of solutions are now among the easiest network architectures to deploy, and it's largely due to two factors:

In many ways, each wireless access point is its own tiny "server", incorporating several processors, Layer 3 packet type routing services, and robust firewalls.  Yet, all network and security settings are distributed and maintained throughout the vWLAN system.

The result is a scalable cluster of devices working in unison, each powerful enough for individual tasks, while still following the overall network policies.  As more access points are added, the system automatically adjusts the architecture and data flow to match.

All that's required to set up a new device is plugging it in and applying a license.  You can go from un-boxing to live in about ten minutes.

Because the network software is spread throughout the entire network, it can also be accessed by any connecting device with authorizations.  So, even a vWLAN spread over the entire globe can be managed from a single console.

ADTRAN's software is currently one of the most powerful network management packages on the market, and 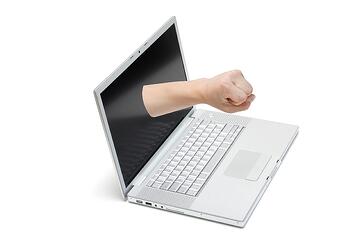 certainly the easiest-to-use.  You get a single-interface overview of every element of your vWLAN and communications stream, and the power to reconfigure your global network as needed at the speed of light.

Because each device is "smart" and empowered to keep out intruders immediately, it makes network intrusion far more difficult than on a traditional controller-based network setup.

In the traditional arrangehahament, a user logging in first gains access to the AP, which turns around and "phones home" to the controller to validate their security.  This, however, potentially gives hackers a foot in the door.  They have to partially connect to the network to be validated.

With a controller-less solution, each AP has its own firewall and security protocols.  It can confirm or deny a requested login on its "own authority," so to speak, which means a hacker never gets that foot in the door.

In the meantime, since the system is intimately interlinked, every moment of this is still tracked and reported to the human administrators.  Intelligent systems can also recognize suspicious behavior, flag it, and report it to the administrator as it happens.

Controller-Less Wi-Fi Is Here With BlueSocket

For businesses that need an easy, powerful, and expandable network architecture, there's a lot to recommend in an ADTRAN Bluesocket vWLAN and Pro-Cloud Solutions.  Call us to make it happen!