Why Meraki Networks are a Great Choice for your School WiFi 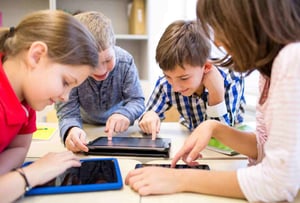 School systems have some of the biggest challenges of any organization attempting to implement site- or district-wide WiFi networks. School WiFi is arguably necessary, since wireless technologies have become such a huge part of life for administrators, teachers, and students, yet they bring major challenges that many other organizations don't have to worry about.

Plus, of course, systems implemented in a school need to be relatively high-tech and as future-proofed as possible, since districts can't afford to re-invest in technology as often as most private businesses.  Whatever solution they implement has to be built to last.

This is why Meraki networks, from Cisco, is becoming a major new player in academic WiFi.  It's already been implemented to great success in large school districts, and is gaining more attention every day.

The Meraki approach to networking is a revolutionary new design scheme, which simultaneously makes high-speed networks with nearly-infinite scaling potential, while providing the easiest administration tools in the business.  Even though Meraki is as powerful as traditional Cisco systems, management is done entirely through a single GUI that's easy enough just about anyone can learn it.

This is accomplished thanks to a mesh-based network system, where every device attached is aware of and collaborating with every other device.  Whenever a new piece of hardware is added to Meraki networks, the network automatically detects it and re-configures itself to make optimal use of the new hardware.  No administrator configuration is required for this, beyond typing the new device's serial number and license into the operating system.

Likewise, should a device go offline, it doesn't hamstring the network.  It's self-healing and simply reconfigures to work around the missing piece. 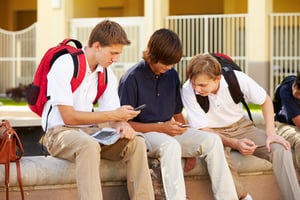 So, Meraki is incredibly simple to install, configure, and administrate.  Once the initial network configuration is done, expanding or changing networking devices only takes a few minutes!

Beyond that, Meraki networks have a range of features which appeal to schools:

And perhaps biggest of all:  As long as they are kept in-license, Meraki networks are 100% fully supported by Meraki for their entire useful lifespan, regardless of how long that is.  You get lifetime defective hardware replacements, and unlimited technical support for as long as the devices are used.

This adds up to an unbeatable combo for schools.  If your district is in need of modern networking magic, contact Hummingbird Networks today for a free consultation!