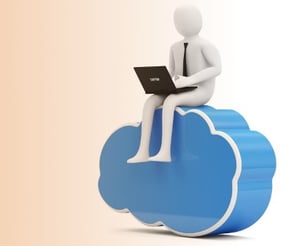 Controller-less networks are here and ready for prime-time. The modern business network can finally move out of the hand-managed and wire-focused paradigm of last century, and towards a far more robust and easier-to-manage solution!

For years, controller-less networks were a dream that was simply too hard to implement in reality. Scaling problems meant that these systems were limited in scope, with serious speed problems as the network grew. However, two companies have cracked the problem, using different approaches.

Meraki and ADTRAN have both established themselves as leaders in controllerless mesh-based WiFi systems. This is truly next-generation architecture, and they're quickly changing how we look at networking.

Meraki and ADTRAN Are Rewriting The Rules Of WiFi 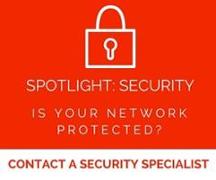 Meraki (owned by Cisco) doesn't only handle access points; they have an entire family of hardware, firewalls, and security appliances. Every piece can inter-operate with minimal setup and configuration, with a mesh-based system that self-optimizes and self-heals based on what's plugged in.

The secret is they use a cloud-based system to host, control, and provide settings information for the entire network. You have a cloud account on Meraki servers, all hardware connects to that account, and so they can seamlessly share data and settings from anywhere on the planet.

Meraki also offers top-grade hardware, and the MR34 Meraki access point is a great example. It's a cutting-edge 802.1ac WAP with a 3x3 antenna array capable of 1.75Gbps. Security systems are built directly into the device. It's truly plug and play, once the initial account setup is complete. Each Meraki device can be installed within moments, and they're managed with the most beautiful and accessible administrative console on the market: the Meraki Dashboard.

The trade off is that every Meraki device requires a Meraki license (available for 1 to 10 years) to operate, which does increase the cost somewhat. However, that license fee also buys 24x7 technical support and a lifetime warranty. There are no hidden or additional fees, and renewal is simple. 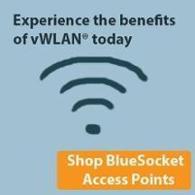 On the other hand, there's ADTRAN, which is focused on bringing high-tech solutions at affordable prices suitable for SMBs. Their solution to the controller less challenges is a fully virtualized system, with the network devices themselves hosting a shared OS that's spread across every device on a Adtran system. As with Meraki, setup is simple and plug-and-play.

Their flagship WAP, the BlueSocket 2030, has essentially the same specs as the Meraki MR34: 802.1ac, 3x3 antennas, and 1.75Gbps. They also offer a customizable variation, the 2035, which features six external antenna ports for advanced beam-shaping and coverage configuration.

Unlike Meraki, no additional licenses are needed to use BlueSocket equipment. However, service and support costs extra beyond the basic warranty. For managing it, you can either pay a little extra for access to their ProCloud management system, or use a VMWare instance. There's also a separate hardware controller available, if neither of those options works for you.

Previously, ADTRAN was focused solely on WiFi for their cloud based solutions. With the recent release of a Ethernet switch cloud solution, they're signaling a move towards a full range of solutions, which should broaden their appeal.

Is It Time To Go Controllerless?

Whether you're interested in an ADTRAN or a Meraki access point, controller less network designs are now a reality. We expect in the next couple years, these will begin to seriously shake up the industry. Controllerless systems are easier to implement and easier to manage, which makes them highly attractive for businesses which don't want expensive on-site technical staff.

Are you looking to the future of networking? Contact Hummingbird Networks today for a free consultation!

Still not convinced controller-less is for you? Read why The Best Wireless Networks Don't Use Controllers