What Happens When a Meraki License Expires? 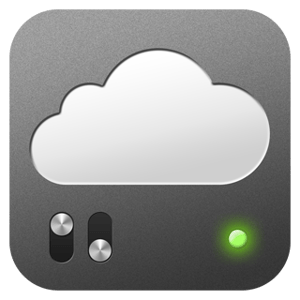 In recent years, the name Meraki has been coming up in networking circles more and more for their absolutely revolutionary approach to network architecture. They are arguably the first company to truly perfect the mesh-based approach, with a full line of switches, wireless access points, and other appliances which all inter-operate seamlessly with a single shared, cloud-based managed OS.

Unlike other attempts at fully mesh-based systems, scaling problems are minimized. Meraki can support thousands of devices on a single distributed network while still self- optimizing for the best possible performance. The key is that, rather than relying on point-to-point routing, Meraki relies on a shared cloud-based system that holds much of theinformation necessary for everything to work.

The cloud system is key to the entire affair.Meraki cannot work without it. And, unsurprisingly, you need to keep your licenses current to maintain access to that system.

So what happens when a Meraki license expires? 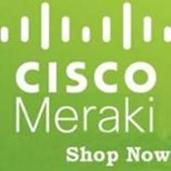 Dealing With An Expired Meraki License

The basic answer to the question is simple: when a Meraki license expires the network ceases to function.

Now, the good news is that there is still some leeway, and you're given plenty of warning. Here's the basic process when a Meraki network nears the end of its licensing period.

1 - Beginning at 30 days to the end of term, a banner begins to display within the Meraki Dashboard system alerting the admin of the impending due date.

2 - Emails are also sent out to the admin email address -which you should remember to keep current- are mailed periodically as the end date approaches.

3 - When the license itself expires, your network does NOT immediately shut down. At that point, you enter a 30-day grace period where the network still works, but the Meraki Dashboard will give warning of the impending shutdown.

4 - If that 30-day grace period ends without the licensing being brought into compliance, the network ceases to function. The Meraki Dashboard will only allow access to the license area, and any users attempting to access the network will be given an error screen telling them to contact their administrator.

At any point in this process, and even after a shutdown, the Meraki network can be easily brought back into license by calling your authorized Meraki vendor, or purchasing a Meraki license manually through an authorized vendor. Unless you only have a handful of devices, we strongly suggest contacting your vendor directly. They'll help ensure you get the right number of licenses, for the right devices, without any confusion or mistakes.

Once the licenses are purchased, they are emailed to your admin address. Just go to the Add Another License screen in the Meraki Dashboard, and input the new license numbers. If the network has been locked out, it will re-activate as soon as the licenses are in the system.

Don't Wait 'Til The Last Minute With Meraki License Renewal

As a final word of warning, it can take 1-2 business days for the licensing purchase to go through, depending on the number of licenses ordered. This is a situation where you don't want to wait until the day before shutdown.

Is your Meraki network ending its end-of-term? Hummingbird Networks can ensure your licensing is in order, quickly and easily. Just give us a call and we'll see it's taken care of.