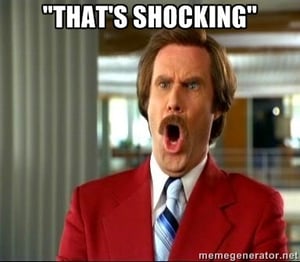 We're becoming accustomed to surprises coming out of Meraki.  This Cisco-owned brand of cloud-based networking platforms has quickly established itself in the last few years as the most exciting new innovator in network technologies.  But even we were caught a little off guard when Meraki announced the latest addition to their lineup:

In retrospect, it made total sense.  Most online security cameras are difficult to manage, tricky to set up and maintain, and always require their own custom software package and some sort of hardware controller and storage.  But with their new Meraki Vision (MV) line of surveillance cameras, beginning with the MV21 and MV71, Meraki has thrown that out the window.  These new pieces of hardware are every bit as easy to set up and maintain as the rest of Meraki's products, and they're going to be a very tempting purchase for just about any business which already maintains a Meraki network.

The two cameras are substantially similar, aside from the MV21 being indoor and the MV71 outdoor.  We'll first cover all the features they have in common, then talk a bit about the extra features included in the MV71.

Let's start with the basics.  These MV-series security cameras feature 5 megapixel cameras, and record at a standard 720p resolution using H.264 encoding.  They also include IR cameras and have visibility ranges of around 100ft in low-light conditions.  That's all pretty common.

However, it starts to get interesting in that they each include a 128GB bank of storage capacity on-board, capable of storing nearly three weeks of footage (for now and more with software upgrades in the future potentially).  One of the traditional problems with networked cameras is that they hammered people's bandwidth, constantly uploading huge amounts of video.  The MV-series avoids uploads when possible, greatly reducing their bandwidth overhead.  If they're being accessed locally, they'll detect it stream directly to the accessing platform rather than going through the cloud system.  They only upload for remote access, when it's unavoidable.

Otherwise, it only uses around 50kb of bandwidth for metadata storage.

And as for tricky setup and custom software?  Fuhgeddaboudit.  MV functionality will be integrated directly into the exact same Meraki Dashboard used for all other Meraki products.  Likewise, setup is the exact same plug-and-play process standard to Meraki.  Plug it in, input your serial numbers into the Dashboard, and you're ready to go.

Along with the standard viewing features, admins will be able to easily create video walls with a large number of streams showing simultaneously.  Another nice feature is that it has built-in motion detection and change detection.  If, for example, a laptop in an otherwise static office goes missing, the system software can easily locate the time that the change occurred without having to manually scan through hours of video.

(We bet the guys on CSI would have loved to have some these!)

Of course, all the standard Meraki perks apply.  License management is built into the Meraki Dashboard and simplified with a single expiration date, and all software updates are handled automatically by the system.  They truly are the first fire-and-forget video security solution in the industry.

The one and only complaint we have about these cameras is their lack of Pan, Zoom, and Tilt functionality.  These initial releases are locked into place, although they do feature a very wide field-of-view.  Given Meraki's love of releasing upgraded hardware, we have little doubt that PZT functions will be added to later models.  In the meantime, we doubt this will be a dealbreaker for many people, but it is worth keeping in mind. 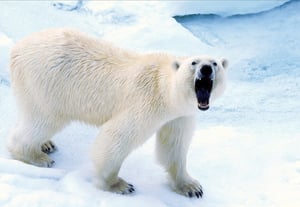 As mentioned above, the two camera models are very similar in their functionality.  The MV21 is for indoor use, and the MV71 is for outdoor applications.  The primary difference is that the 71 has better weather-proofing and adds an on-board heating element which allows it to function in cold weather.

The outdoor camera is IP66 and IK10-rated, meaning it's weatherproofed against even torrential downpours and capable of withstanding impacts of up to 20 joules.  Meraki claims it can function down to temperatures of -50C, so unless you're in the Antarctic, the outdoor camera should be able to stand up to your local winters.

Both cameras can also operate at temperatures up to +50C.

It's easy to get over-hyped when talking about new technology, but the new Meraki MV line really is a game-changer.  They've taken one of the most onerous networked products out there and streamlined it to be easily utilized by just about any business.  As is typical with Meraki, the costs are a bit higher than market standard - but with so much extra functionality and ease-of-use, it's pretty easily justified.