Which Lenovo Laptop is Best for You?

Recently, computer enthusiasts had few options to choose from when looking for computing devices to buy. It was either a huge desktop or laptop, which was quite pricey. However, the continuous miniaturization of technology and the need by computer manufacturers to differentiate their models has resulted in a smorgasbord of computer sizes. Lenovo, a giant computer manufacturer, has not been left behind on this.

As a result, if you want to buy a laptop, the wide array of types and names might cause confusion. From netbook, notebook, ultrabook to workstation, it can be challenging to identify the right one for you. The guide below outlines specific differences between these models with specifications to ease your search process.

A netbook is probably the smallest of all laptops, with a screen

size of between 9 and 11 inches. They also typically weigh less than a kilogram with a slender appearance. Netbooks were popular before iPads came to the market. They provided a complete computing solution for many as they had a keyboard for easier typing, compared to touchscreens on the iPads.

What differentiates netbooks from tablets is that they can run on windows operating systems. Smartphones and tablets cannot run on regular windows applications. Over time, netbooks lost popularity to iPads, which offered better flexibility.

Netbooks are an excellent choice if you need a laptop for basic tasks, such as web surfing, listening to music, or work. Their small screen size makes it disadvantageous for those who need a large display. They are also not suitable for gaming and running intensive applications such as video editing and Photoshop. Netbooks typically cost between $200 and $500.

Notebooks and laptops have little differences. Initially, laptops were larger than notebooks. They were designed to replace the desktop computers and provide a flexible computing device that can sit on your lap. Notebooks are generally small-sized and lighter, making them more portable compared to laptops.

Most manufacturers, including Lenovo, use these terms interchangeably due to the current minimal distinction between the two. Notebooks are slightly larger than netbooks and ultrabooks and feature an optical drive. They also have a large screen size, ranging between 12 and 18 inches, with 15” being the average screen size.

With their advanced features, there is no specific price range for notebooks, with some costing as high as $4000. Their inbuilt features make notebooks a good choice for those who want powerful graphics for 3D gaming, access their DVD drives, video or photo editing, and more. The only issue with notebooks is they lack the 2-in-1 ultrabook style, making them quite cumbersome.

Ultrabooks are quite similar to notebooks, only that they are incredibly light. Most recent Lenovo models of ultrabooks weigh approximately 1.5kgs or less and extremely thin. Despite their thin size, less than 2cm, ultrabooks have screen sizes matching those of notebooks, ranging between 11 and 15 inches.

The majority of ultrabooks feature SSD hard drives, which probably makes them lighter, faster than regular HDD in notebooks and silent. Compared to notebooks, ultrabooks have a fast boot-up time, but the SSD drives make them expensive. Additionally, you won’t get as much memory for the price, with 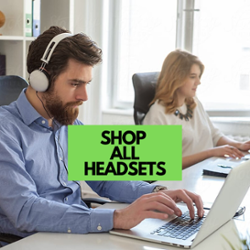 the latest offering a maximum of 128GB.

With these features, ultrabooks are best if you want a laptop ideal for completing computing tasks and less-intensive gaming activities. However, if you are looking for a laptop for watching DVDs or intensive 3D games, notebooks are a great choice.

Unlike netbooks, notebooks, and ultrabooks, workstations are computers designed for specific technical or scientific applications. Lenovo workstations are primarily intended to be used by one person at a time, run a multi-user operating system, and connect to a local area network. They are powerful, faster, and high performing compared to personal computers, with advanced CPU, graphics, multitasking capability, and memory capacity.

Workstations suit small engineering companies, graphic designers, architects, and other professionals who need a relatively faster microprocessor with a significant amount of RAM, high-speed graphics, and other special features. Due to their individualized use, they are optimized for visualization and extraction of complex data such as engineering simulation, mathematical plots, and more.

Which is The Best Laptop for You?

With advancing technology, there is a lot of overlap between the laptop types mentioned above. The key to finding the best laptop is identifying your needs or what you intend to use the laptop for. If you are looking for a computing device for handling work-related tasks, notebooks and ultrabooks are good options.

If you are an avid traveler and looking for a device to use while traveling, an ultrabook is a good choice. For basic uses, such as online shopping, researching the latest items online, and checking emails, the less expensive netbook is a good choice. Specialized professional use, on the other hand, calls for workstations for their high-power and advanced graphics and fast processing speeds.