Upgrading Office IT Networks: Planning For Future Growth In BYOD 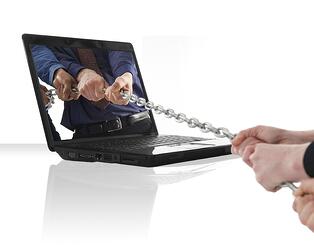 The short version is, workers are bringing their personal mobile devices to work, and expecting to use them. In fact, this tends to happen whether a company has explicit BYOD policies, or even if they forbid outside devices. Once workers are accustomed to using a smartphone or tablet part of their workflow, they strongly resist giving it up.

Benefits of BYOD for Your IT Network

On the other hand, there are significant and worrisome problems that BYOD creates, especially when it comes to security.

Someone in your operation has to be responsible for setting and clarifying policies on acceptable device usage. This is often the Chief Information Officer, but there needs to be a single person responsible for crafting these policies. Their recommendations can then guide future hardware purchases.

Called “rooting” on Android and “jailbreaking” on iOS, the basic idea is still the same: The user deliberately implements software that cripples or removes low-level security protocols that lock them out of their device's hardware. This gives them the ability to install software that hasn't been certified for their device, for example, or to manually change which cell phone carrier it's using.

While useful for power users, this is simply too dangerous to be allowed on most business networks. Once a user starts fiddling with the basic security on a device, you'll never be able to trust that it's secure enough for your network.

3 – Implement a system with unified security.

A modern unified communications-ready network is practically a requirement when dealing with BYOD. A distributed network, such as one created through ADTRAN's BlueSocket standard, has totally standardized security policies which are implemented at every access point.

This distributed security system makes it far easier to ensure every device connecting to your network has to run and use the same security protocols. It also s

tandardizes access, preventing problems where someone's iPad can connect to Router A, but not Router B.

The other major security problem related to BYOD is when employees start uploading company data to private Cloud servers, such as DropBox. While most employees do this simply to help their own productivity, you have no control over how these outside companies implement security.

A business-grade Cloud service that allows universal document access is just what you need here. By giving workers an official and certified Cloud platform, you can then ban services like DropBox without decreasing productivity.

BYOD Is Probably Here To Stay

While it may be too early to say for certain, it appears that BYOD is probably not going to go away. There are too many advantages for everyone, and it's too difficult to outright ban the practice. Smart hardware investments can mitigate the security problems that BYOD creates, while reaping all the benefits it brings to your workers.

Or for more advice, just ask and we'll usually get back to you within fifteen minutes!