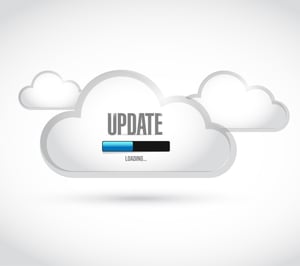 One of the most frequently asked questions we get regarding Meraki License is "I'm buying Cisco Meraki hardware and security appliances...  do I need the Advanced Security License to go with them?"

Compared to Cisco products, Meraki is a marvel of ease-of-use which is designed to be simple for even networking newcomers to implement.  There are relatively few areas where a buyer has to make tough choices between which licenses and which feature sets to purchase.  Most hardware does exactly what it says on the box, with no further feature unlocks.

The one major exception to this comes from Meraki's MX-series of security appliances.  With them, you have two major choices in licensing, aside from the length of service.  There's the standard Meraki Enterprise License, as well as the Advanced Security License.

Let's take a look at the two.

We'll go ahead and say this upfront:  Even though the Meraki Advanced Security License generally costs about twice as much as a comparable standard Meraki Enterprise License, they're going to be a solid investment unless you're on a very tight budget.  They offer a much more comprehensive range of protections for businesses both large and small.

With the basic Enterprise License, what you're getting is a stateful inspection firewall with VPN capabilities.  Aside from a few bells and whistles like custom splash pages and HTML caching, that's pretty much it.  Meraki's stateful firewall is excellent, and will do a good job of protecting your business from direct intrusion...  but in today's security-focused business world, that's not even half the story.

That's where the Advanced License comes in.

With this license, you're getting an all-around package of security features that can protect your network from nearly any electronic attack.

Features added by the ASL include: 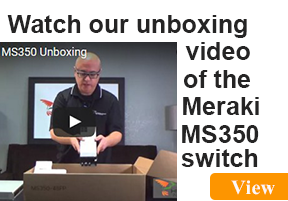 They also have a couple more specialized features with niche appeal.

Here's a big one though... AMP.  Advanced Malware Protection... a huge gamechanger. That is in public beta as of this writing and will be released in a few short weeks, and is INCLUDED on the ASL.  This alone is worth the price of the ASL vs ENT.

Plus, Meraki's "always automatically updated" policies apply all of the Meraki licenses.  The various intrusion, virus, and phishing databases are being continually updated, with these updates being available to every security device the moment they're put on the Cloud.  This means there's no burden on your admins to keep definitions up-to-date.  Meraki handles that for you.

So overall, we find the ASL to be a vast improvement over the Meraki Enterprise License, even for organizations with existing anti-malware systems.  It's a relatively small price to pay for much more security.

And as always, you can contact us with any questions about Meraki security features.