How Often Should I Replace my Networking Devices 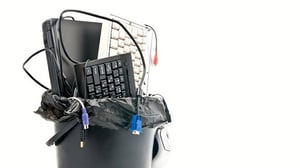 One of the biggest issues for any company trying to maintain a business network is that technology is constantly advancing.  The old cliche of computer hardware being outdated six months after you buy it is still as true today as it was in the 1990s and, in some ways, the issue has only gotten worse with time.

Networking devices need near-constant attention, and at least an awareness that upgrades are constantly becoming available.  The issue is deciding why and when you should invest in upgrades, rather than taking an "if it ain't broke..." approach.

Why Should I Upgrade My Networking Devices?

There are numerous reasons a company could look towards upgrades, which are pretty much always an option these days.

This is easily the most pressing and important reason.  Cyber-crime has been increasing in both frequency and severity for a couple decades, and is almost certainly going to be one of the biggest challenges for IT in the 21st Century.  A business which doesn't keep its security systems up-to-date is putting itself at extreme risk, and -currently- there is simply NO other option besides consistent re-investment in better security systems.

WiFi is the fastest-changing field in network hardware.  WiFi lags behind wired connections in terms of bandwidth and speed, but as data demands continue to increase, WiFi is consistently pushed forward.  As we've discussed in the past, WiFi standards are planned out years into the future, and there have already been a couple new proposed standards for future WiFi tech in the ~18 months since we published that blog.

Newer/faster connection types require connectors and wiring which can keep up with them.  Most recent network speed advances, especially 10GB+, require higher-quality connections than many businesses' existing wiring can support.  This is important to remember, since an upgrade to new network hardware could easily require a wiring upgrade as well to see full performance.

What Are Typical Lifetimes For Networking Devices?

This is difficult to estimate, since much of it will depend on an individual business's needs and overall plan for their network.  However, as a few general rules...

Security:  This should be examined on a yearly basis.  It may not be necessary to buy new hardware, such as physical firewalls, but it's virtually certain there will be new software upgrades or license options available for better security services.  And, truly, it's almost impossible to over-spend on network security, compared to the potential damage which can be done. 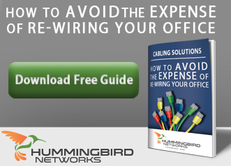 WiFi:  A WiFi network is going to be good for five years at absolute max, and a lifetime in the area of 2-3 years is much more realistic.  Five years ago, 802.11n was the top-line WiFi, with speeds of 450Mb/s.   On the other hand, the top 802.11ac Wave 2 APs going on sale in 2016 will have theoretical top speeds nearing seven gigabits per second.  That's a huge rate of change.

Physical Switches/Routers:  Generally, wired networking devices can last around five years. They'll definitely show their age in the last couple years, but usually won't create drag on a business unless it's specifically focused on data-heavy operations or going all-in on video-based technologies.

Wiring:  Wiring will require the least attention, and should last at least a decade unless a company decides to drastically upgrade its network in a short timespan.  Modern fiber optics are also more future-proofed and should be good for many years to come.

Hummingbird Networks has over a decade of experience installing networks large and small.  Contact us today for a free future-focused consultation on your options!