Help Me SD-Wan Kanobi, You're My Only Hope 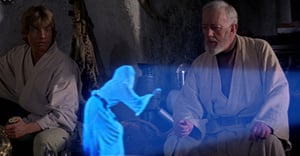 One of the hottest topics in networking right now is the rapid rise of Software Defined Networking, or SDN.  While the future is hard to predict, it's looking increasing certain that software-defined networking procedures are going to be the next major paradigm shift in business networking, and may significantly change how businesses view and implement their networks in the next 5-10 years.

This includes both local networks, as well as software-defined wide area networks, or SD-WAN. Both are implementations of the same basic idea.

While it's not time to rush out and upgrade your IT network immediately, this is something that future-focused businesses should at least be aware  of, and keeping an eye on as the technology develops.  It's very likely to become mature and even ubiquitous faster than you might think.

The Benefits Of Software Defined Networking

So what makes SDN so important?  It has the potential to increase both the ease and flexibility of network implementations, while simultaneously decreasing the need for expensive specialty networking hardware.

SDN can be implemented in different ways, and different brands are currently experimenting with different approaches, but generally revolves around mesh, cloud-based, or otherwise virtualized network software.  All of the software  and logic needed to properly route and control a network aren't hosted on any one single device, but are rather shared throughout all networked devices simultaneously.

The software and logic layer is abstracted away from any single piece of hardware, creating networks which are more resilient and can be controlled through a single interface, which is usually cloud-based.  Since they aren't tied to specific hardware, their possibilities aren't limited by specific hardware limitations.  SD-based networking is as powerful as all the network devices combined, and grows more powerful as more equipment is added.

The Future Promise Of SD-WAN

What does this all mean for businesses thinking about their own expansions and how to build a future-proofed network that can grow alongside them?  SD-WAN implementations have many potential benefits that could be attractive:

We've already seen moves towards SDN and SD-WAN by companies such as ADTRAN Bluesocket and Meraki access points, who have different approaches to the idea with different target markets.  At this point, it seems almost certain that more networking companies will start moving in the same direction in the future, especially since those brands are so far quite successful in moving businesses towards software-based approaches to networking.

Interested in learning more?  Contact Hummingbird Networks today for a free consultation on whether it's a good time to look towards SDN.