The importance of data security is a hot topic these days, and perhaps most hotly discussed when the government is involved.

One of the major topics of this political season, of course, is the never-ending did-she-or-didn't-she-know saga of ex-Secretary Hillary Clinton, her privately-hosted State Department email server, and the increasing pile of Top Secret+ information being recovered from it.  Recent allegations even suggest it could have been compromised by foreign governments, making the whole issue even more problematic. 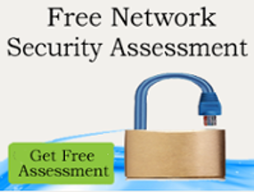 Unfortunately, that's far from the only "whoops" moment from government agencies at both the Federal and State level in the last few years, along with their contractors.  As hackers in countries such as Russia, China, Iran, and North Korea become increasingly sophisticated, they're going to continue trying to compromise some of the sweetest of honeypots.

There've been far too many of data hacks recently for anyone to feel secure.

Undoubtedly the worst incident -which we know about- is the breach of the Office of Personnel Management (OPM), which came to light in 2015.  The hack is believed to have exposed the personal detail of more than 22 million citizens, largely government or contractor employees, along with plenty of military.

It only gets worse from there.  The hack apparently had been in place for months, potentially back to 2013, with the Chinese group simply leeching all the data it could.  Analysts even believe this data was then used to compromise further business and military assets.

That wasn't the only such incident in recent memory.  In 2014, the US Postal Service suffered a massive breach, with roughly three million records stolen.  As with the OPM breach, it's believed this wasn't a one-time attack, but a patient gathering of information which went on for months -again, back to 2013- underneath the noses of administrators.

Go back a bit further, and there's an entire laundry list of major breaches in 2012, ranging from Federal, State, and Local bodies.  In every case, hundreds of thousands or millions of records were stolen effortlessly.  If we were to include attacks on major contractors, such as the massive Anthem database hack last year, we'd would be talking about literally hundreds of millions of citizen records being stolen.

The importance of data security in government work simply cannot be underestimated.  The public trusts our government to protect them, including protecting their identities.

Getting Serious About Government Security

From local governments to Federal entities, there is a serious pressing need for better data security, systems which are both robust and easy enough to use that they don't require extensive technical expertise to utilize.

Meraki's revolutionary mesh-based networking system allows for robust and unified security throughout a network.  Meraki Firewalls and other security hardware integrate directly into the network fabric.  They aren't standalone devices vulnerable to intrusion, but one part of a vast network where every device works together to protect all the others.

Through the Meraki Dashboard system, updates are simpler than they have ever been.  The Meraki OS detects, downloads, and installs all software and security updates the moment they appear, with no administrator participation needed.  The system ensures it's always up-to-date, and it's backed by the most trusted name in networking among the biggest organizations around the world: Cisco.

Meraki is a perfect option for schools, municipalities, court systems, DPS/DMV offices, and a wide variety of other government applications.  Its mixture of ease-of-use and pure Cisco power is unbeatable.