The Future of Networking: No More Switches? 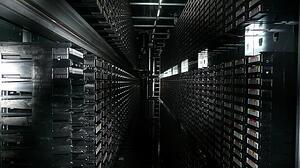 We like to talk about how quickly networking is changing, but every now and then, even we don't see a curveball coming.  The venerable 10gb ethernet switch and other top-of-rack switches have been a mainstay of networking for practically as long as there has been networking... but will new and innovative server setups send the switches into obsolescence?

Obviously, this is speculative at the moment, since 80+% of the market is still using top-rack servers and replacements are just now becoming available.  Still, budget-pressed businesses are likely to be interested.  If a few extra fiber optic cables would render the switch unnecessary, why hang onto old hardware?

Networking In 2015 And Beyond:  Switching To Be Optional?

So, why do we have reason to think that the TOR switch is going away?  Here are a few reasons.

Servers are increasingly becoming almost as powerful as the computers they're servicing.  High-speed processors, multi-chip builds, and ever-increasing software services mean that servers can handle far more than security and packet-forwarding.

On top of that, System-on-a-Chip options are becoming more common for switching.  When all the logic hardware of a switch can be compressed onto a single chip, and put onto the server motherboard, it eliminates a lot of the need for a dedicated switch.

Virtualized network operating systems are becoming more common, with switching and serving duties shared across all connected devices.  As these become more robust and reliable, they'll also reduce the need for specialized hardware.

In a semi-related example, take a look at Google's modular cell phone because it may herald a true revolution in computer hardware support.  (If Google ever gets it working.)   A successful virtualized hardware architecture and OS that supports true plug-and-play modularity regardless of actual connected equipment would quickly spread to other areas of computer hardware development.

Future-focused companies like Cisco are already moving that way with their virtualization services.  It's barely even sci-fi these days. 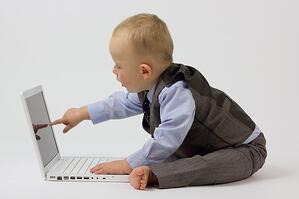 Another company, Fiber Mountain, has a rather fascinating idea that blends the old and the new:  A "glass core" which uses dozens of direct fiber links, switchboard style, to eliminate the need for software packet processing.  Their servers can simply connect directly to each other, swapping data back and forth at blazing fiber speeds.

Their approach blends virtualized machines into the mix, helping control the flow of traffic.  This should help minimize both hardware investments and the number of layers in between users and the backbone.  Any optimizations here would pay off throughout the network in lower latency and less wasted bandwidth.

Finally, getting away from the tech for a moment, let's just think Econ 101:  When a market is booming, with most of the new entrants at the low end of the price range, that creates a serious incentive for innovative businesses to cater to those newcomers.

Any reliable networking design that reduces the hardware burden on SMBs will be embraced by smaller businesses that need high-power networking, but lack 5- or 6-figures for major backbone investment.

Basically, there's a serious carrot in play here.  The first companies that can deliver network options that seriously reduce -or even eliminate- rack investment will reap the benefits and position themselves as major players.

So... what do you think?  Will people start ditching their switching in the next year or two, or are we jumping the gun?  Please leave a comment below! 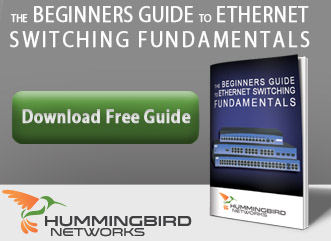