For Cable, the Future is Here with the Release of the DOCSIS 3.1 Modem 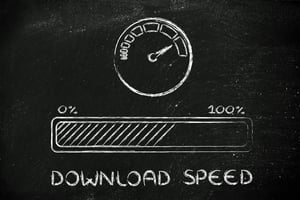 The cable, wireless, cellular and telephone industries are involved in an endless battle to provide faster downloads to subscribers. They use different conduits of course, though there is some overlap.

An important milestone is being passed in this game of perpetual hopscotch in New Orleans at the annual Cable-Tec Expo conference. The news is that the first modem supporting the latest version of the Data Over Cable Service Interface Specification (DOCSIS) is becoming available.

The newest version of the specification is the DOCSIS 3.1 modem. Though real world data rates vary, DOCSIS 3.1 offers theoretical downstream speeds that max out at 10 Gigabits per second (Gbps) and upstream speeds of 1 Gbps.

Actually, two new devices are being unveiled, and will be ready for shipment next year.   The Touchstone CM8200 and The SURFboard SB8200 offer speeds of 5 Gbps downstream and 2 Gbps upstream. Both devices are Arris cable modems.

The cable industry has put a lot of its future on DOCSIS 3.1 – and that future is here. Operators say that the rest of 2015 and most of 2016 will be dedicated to lab trials and limited rollouts. The real upgrade job will begin in 2017, according to those in the know. The other step that must be taken is certification by CableLabs, the industry’s research and development consortium. That process will get going in 2017.

The process of testing and trialing DOCSIS 3.1 is vital, of course. Cable systems are a highly unique mixes of various version of DOCSIS. The standard is backward compatible – all flavors of DOCSIS can run in parallel -- but the nuances of doing so must be worked through.

It’s a game of one-upsmanship: While the cable operators are implementing DOCSIS, the telcos are rolling out fiber and are even finding late life success for digital subscriber line (DSL) technology. DSL has gotten surprising boosts from technical breakthroughs during the past few years. The wireless industry is deploying on 802.11ac while gearing up for the next version of its flagship standard, which is 802.11ax. The cellular folks are getting serious about its next horse in the race, which is 5G.

This is a highly competitive environment which shifts on an ongoing basis. Enterprise managers and telecommunications engineers need to closely follow events. Even if the corporate headquarters has a nicely homogenized network that concentrates on a technology – and a single version of that technology -- the increasing number of traveling, home workers and small branch offices scattered all over the map certainly make it important to  be up to date on all options.