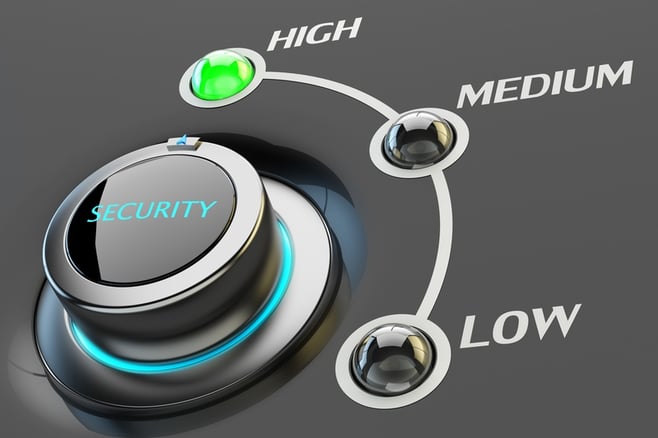 When is the top of the line not the top of the line? Cisco Meraki begs this question with their recent release of the MX450 Security Appliance.  Its numbering puts it behind their MX600, yet in terms of features and sheer power, it has the MX600 easily beat.

Or does this mean a successor to the MX600 is around the corner?  (Probably.)

Whatever the reasons, the MX450 is a truly impressive piece of firewall engineering and easily one of the best in their MX series.  It could easily be the security backbone for even the largest of Meraki deployments.  In particular, it features some of the highest we've seen in a firewall, especially in this price range.  For truly large-scale organizations, it helps make a compelling argument for a changeover to Meraki. 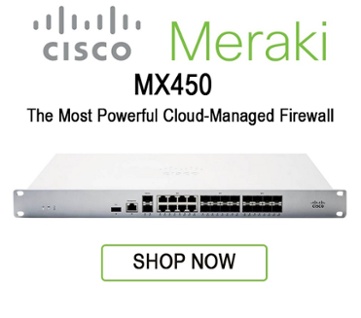 Taking A First Look At The Cisco Meraki MX450 Firewall

Simply put:  The MX450 supports a lot of users, and it has genuinely fast speeds.  It can host up to 10,000 users at while providing 6Gbps throughput on the main stateful firewall.  On top of that, it can also handle 2Gbps over VPN across thousands of remote connections.

That makes it one of the most powerful firewalls we've come across in this price range.

However, when it comes to upgrades, Meraki didn't stop there.  Like its smaller cousin, the Meraki MX250, it includes an absolute excess of LAN ports to ensure it can fit into a wide variety of usage scenarios.  You get eight 10G SFP+ ports, eight 1G SFP ports, and eight Gigabit Ethernet copper ports.

Are you going to be filling up all those ports, considering that, combined, they vastly exceed the capacity of the two SFP+ WAN uplinks?  Not sure.  Rather, you get so many for the sake of versatility.  It's hard to imagine a scenario where the MX450 couldn't be made to fulfill its security role.

And, like other Meraki MX-series devices, it's a strong all-in-one security solution when it's paired with the Advanced Security License that goes beyond a mere firewall.  You get total oversight and control down to the app level, with plenty of options in permissions.  You also get a full anti-malware suite, plus intrusion detection and prevention systems, and URL filtering as well.

Basically, the Meraki MX450 solves the bandwidth bottleneck that held back previous MX-series firewalls, and then some.  Contact Hummingbird today to learn more about the MX450!