6 Ways You Can Benefit From A Juniper Switch

Chances are, most of you are using networks that have been built piecemeal over the course of several years. This is one of those “it made sense at the time” decisions: If your network is growing, why replace all of your hardware when you can simply add new hardware to expand it as it grows?

Unfortunately, increasing number of businesses today are discovering that this sort of ad hoc network upgrades brings new problems the longer it goes on. Large networks tend towards

needless complexity, as well as becoming slower the more components get added to them. Bottlenecks also begin to arise, affecting network performance across the board as aging hardware is unable to keep up with the demands of new products.

This is the problem that Juniper set out to address with their EX series of switches, and their solution is their Simply Connected initiative. A Juniper switch is more than an expansion for your network. It can actually simplify your network, speed up operations, and ultimately lead to significant cost savings.

So, we've got six reasons you should consider making your next upgrade using Juniper.

Six Ways A Juniper Switch Will Boost Your Network

Proprietary Virtual Chassis technology, available on most models beginning with the EX3300 Juniper switch, allows multiple pieces of hardware to be configured to act as a single device, with a single point of control. This can vastly improve their response times, allowing packets to be seamlessly routed between physical devices based on their load at the moment. This is perfect for avoiding bottlenecks, as well as simplifying and streamlining administrative tasks.

As you add capability to your network, it starts causing traffic jams. If you're sharing data, voice, video on a single network, along with other separate pipelines such as for security systems, properly prioritizing the packets becomes a significant challenge. However, every Juniper switch has an impressive eight QoS (Quality of Service) queues per port. Like constructing a multi-lane freeway to bypass cluttered local streets, this creates a pathway for every type of data you have and helps ensure maximum performance from your bandwidth.

No matter how large your network grows, or how many different types of devices connect, the Simply Connected architecture grows along with you. Centralized administration and smart coordination between machines on the network means that adding new devices adds capability and capacity, rather than adding bottlenecks and headaches. Regardless of
how many users are connected, latency and transmission speeds are virtually unaffected.

4. No single points of failure 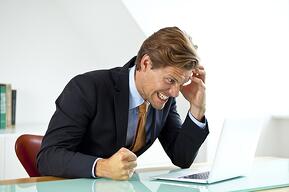 Redundancy is another important aspect of a modern network geared towards expandability. Because Juniper switches are able to intelligently coordinate packet transfer, there's no single point of failure that could shut down parts or all of your network. The failure of a single piece
of equipment will be accounted for, with packets routed around it, ensuring non-stop service in your mission-critical applications.

Bring Your Own Device (BYOD) has become a major factor in modern networking. Employees prefer working on their own tablets and smartphones when possible, and allowing them to use the devices they're familiar with boosts productivity. In recognition of this, Juniper distributes security management across the network, as well as enforcing security policies at the application level, ensuring these BYOD devices do not become a security hazard.

What this all adds up to is a lower TCO for your network. Less hardware is needed, as the hardware you have will get used more efficiently. Your employees will experience less downtime, as well as being able to use the devices they're most comfortable with.

In short, Juniper delivers a lot of bang for the buck, as well as creating the groundwork for a unified network fabric which can efficiently grow along with your business.