How To Find The Best WiFi Network 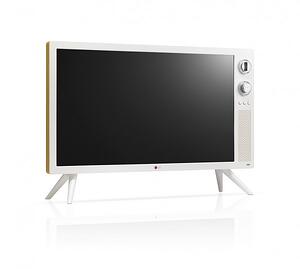 Much like your television, your wireless Internet connection depends on different "channels," normally between the range of one to eleven. These channels are broadcasted by your wireless access point or router, but sometimes different channels can become too busy and eventually become slow or completely unresponsive.

When you're working in a busy office, finding the best network can be a little tricky. However, some of the above mentioned channels do overlap with one another, and then there are other channels which are completely solitary. For example, the most common channels that don't overlap are one, six, and eleven and very commonly used to set up routers both at the home and your office. With that said, these channels are still rather popular and you might have to deal with a slower connection.

You can figure out which channels are not being used as much manually, or use tools that can help you figure out which network is just right. Either way, these methods are sure to work and should immediately alleviate any connection problems you might be experiencing.

The first thing that you can do is check out all of the channels near you, seeing which one is least "congested" and will more than likely have a faster response time. Once you know
which channel that you want to access, all you need to do is go to your router's administration page by typing in its designated IP address in the browser address bar. All routers have a number like this that can be easily accessed by looking on the router, or normally you will be given information on it by whoever installed the hardware.


When you've done that, you can go ahead and change the WiFi and hopefully have faster
average WiFi speeds that won't hinder your work any longer. Of course, this type of changing it manually would work best for a smaller office. It is easy as that!

However, if that doesn't help with congestion or other networking problems, then you might have to install and try some software tools instead.

Tools of the Trade

Speaking of software, there are a couple of tools that your office can utilize in order to find the best networks on their WiFi connection. Sometimes it takes a little extra effort in order to declutter the network, and these tools might just help. These tools in particular help you pick up only the best wireless signals by pinpointing which channels are being used the most. When you know which ones are being used the most, then you can go ahead and avoid those channels in the future.

Some of these tools include:

There are software packages out there that you can purchase to help with your WiFi network channel clutter, but most of them aren't worth the price and will do the same exact thing as the ones mentioned above. If none of that works, then perhaps it's time to look at a new router for the office that is inexpensive and will get the job done.