What's The Average WiFi Speed? Hint: It's Higher Than You Think 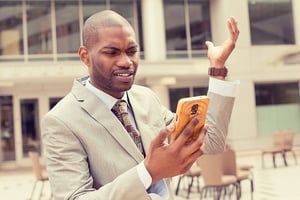 Everywhere you go, someone will be complaining about internet speed. In fact, in a certain survey, only 4 in 10 users said they were satisfied with their average WiFi speed.

This is understandable considering that the digital user is increasingly dependent on the internet to get things done. Whether it’s in the office working or back at home whiling away a weekend, users will always be seen surfing the web on their smartphones, attending a webinar on their PC, or catching up with a movie on their smart TV. All these require stable internet connection.  But sometimes these connections become too slow, making it difficult to comfortably accomplish your online tasks. And that's when all hell can break loose.

This is especially true among wireless broadband (Wi-Fi) users. As far back as 2012, internet users have always preferred Wi-Fi over wired connection. There are many reasons for this, including mobility, cost efficiency, and easier access.

However, Wi-Fi is also known for one major drawback – inconsistent speeds. This doesn’t mean that wired connections are always faster than their wireless counterparts. But it’s also no secret that Wi-Fi speeds tend to fluctuate more, often resulting in average speeds that are much lower than Ethernet.

‘Average speed’ here refers to your normal usage speeds. In most cases, you’ll find that this average is only about 30-60% of what is advertised. For instance, if you’re paying for 8Mbps, you’ll normally find that your average speed is somewhere between 2-3 Mbps. Those using a 10Mbps connection usually only register between 3-4Mbps which is less than what they pay for.

But is it really the average you should be seeing? In most cases - NO. Your average Wi-Fi speed should be higher. But that can only happen if you eliminate the many obstacles in your Wi-Fi connection.

There are multiple factors that could affect your Wi-Fi connection and slow you down. For ease of understanding, we’ve divided them into three categories;

As wireless internet becomes more popular, the number of wireless transmissions being sent through the air is steadily increasing. This can cause a problem if two signals traveling at the same frequency collide. The resulting interference can cause untold effects on network performance.

Wireless signals cannot penetrate some solid objects such as hills, buildings, single walls, and even people. In the presence of these obstructions, the signal might be forced to travel around the object, covering a longer distance in the process. The more of these obstructions present between the signal source and your receiver, the weaker your signal strength will be.

The distance between networked devices can also slow down a Wi-Fi connection. The further apart the communicating devices, the more the signal strength will drop. As the wireless network propagates, covering a wider area, the signal will spread and become weaker. Experts say that whenever the distance doubles, the signal becomes 8 times weaker.

Most wireless access points (or for home use - wireless routers) allow for sharing between two or more users. However, this comes at a cost. Whenever a connection is shared among many users, the bandwidth is typically shared meaning that each user can only utilize a fraction of the original speed.

This is mostly common in indoor networks. Aside from the multiple obstructions within the room, the wire-meshing in the walls can cripple signal transmission. Concrete has also been found to affect signal strength.

This is almost similar to the sharing problem except that it can happen even if only one user is utilizing the network. Imagine this single user trying to play a ‘heavy’ game on a 2Mbps network. If the game is designed for 8Mbps networks, the 2Mbps network will be choked. In most cases, the game may drag so much so that the gaming experience will be seriously compromised.

Wi-Fi antennas are designed to limit spreading of transmitted signals to a specific orientation or direction. To do this job well, the antenna must be installed and mounted correctly. Highly directional antennas, for example, must be pointed directly at the receiving device. 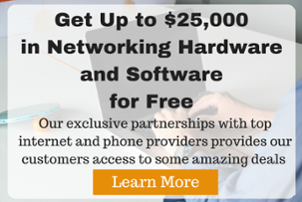 Signal reflection, also known as Multi-Path Fade, refers to signals bouncing off surfaces multiple times before reaching their destination. This can cause differences in overall path distance lengths. And when these signals reach the receiver, they could be out of phase with each other which may cause an overlap or result in two waves completely canceling out each other.

With cyber security in mind, you might be tempted to restrict your Wi-Fi to prevent unauthorized access. One way of doing this is by limiting transmitter power. However, this too has a side effect. Lowering your transmitter power will effectively weaken the signal strength to all receiving devices.

Category 3: Factors you may not know about

If you have older devices, they can affect your connection speeds by limiting the speed of the newer technologies. For example, on a 2.4GHz Network, if you’re using a mixture of 802.11g devices and 802.11b devices, you’ll get a maximum speed of 54Mbps. But if you’re only using 802.11ac wave 2(latest technology at the moment) devices on the same network, you may see speeds as high as 1Gbps.

Networks operate on frequency sub-bands known as channels. The most popular Wi-Fi frequency band – 2.4GHz – is split into 11 channels spaced 5MHz apart, with each channel operating at 25MHz. Typically, the channels overlap each other in order to fit into the overall operating range which is 2412MHz to 2462MHz.

This overlapping causes interference between wireless signals using neighboring channels. The only three channels that don’t overlap are 1, 6, and 11. So, only three wireless devices can be used simultaneously within the same area if you’re to completely avoid overlapping. If more than three devices are being used, overlapping will occur.

Activities such as encryption, packet translation, and partial use of channel bandwidth also slow network speed. They can reduce the advertised throughput speeds by as much as 50%. 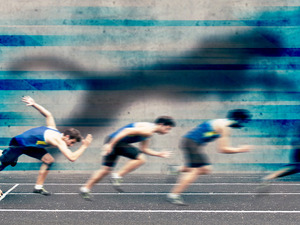 How to improve your average Wi-Fi speed

All these factors, when put together, can seriously slow down your average Wi-Fi speed. Fortunately, most of them can be addressed even on your own. Here’s how;

Of course, it all starts with a speed test. Using a free service such as speedtest.net, measure your network speed at different times of day for several days, both weekdays and weekends, and then calculate the average. From there, apply the above tips and you may even end up doubling your average WiFi speed!

You can find more information on How to find the best Wi-Fi Network.

For business and enterprise level users, read our tip to boosting Wi-Fi speed by optimizing subnets and VLANs.

We offer FREE speed tests and consultation to see if we might be able to help you speed up your network.  If you would like to learn how we can help, simply Contact Us to get started!