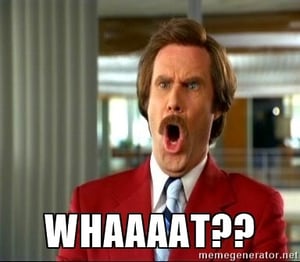 As though they couldn't stand to be upstaged, right in the middle of E3, Microsoft dropped a bombshell that managed to take tech bloggers and news outlets totally by surprise:  Microsoft had purchased social media outlet LinkedIn for a rather stunning $26 Billion dollars.

This was followed by a collective "Whaaaaaaaat?" from most observers.

The dust is still settling, and analysts everywhere are scrabbling to figure out whether the Microsoft-LinkedIn buyout was a good idea, what Microsoft intends, and what it might mean for the future of LinkedIn.  No matter what happens, the social media landscape has definitely shifted.

A Bargain Value...  Sort Of

Even for a company with a reported warchest of over $100 billion dollars and a tendency for high-profile buyouts, this was a major purchase for Microsoft.  Yet, at $26 billion, they actually got something of a discount.  LinkedIn's stocks had been in a slump for the past few months, and the value was significantly lower than it had been at the beginning of the year.

But why the slump?  Because LinkedIn may have plenty of revenue, but it's not particularly profitable.  In fact, it had lost about $8 million in Q1 alone.  That's chump change by these metrics, but still, LinkedIn historically doesn't generate profits.

On the other hand... With something over 400 million users, and around 100-200 million monthly uniques, LinkedIn is generally ranked in the top 5 domestic social sites and top 10 globally.  So Microsoft has, if nothing else, bought a whole lotta users at a cost of about $260 per.

So, this has plenty of people wondering what the Redmond giant could possibly have planned for the Microsoft-LinkedIn deal.

The obvious conclusion would be that Microsoft simply wants a social network of their own, a space which they've had no real success entering.  Especially given that their search engine Bing can't get out of Google's shadow even with deep Windows 10 integration, they need something to enhance their user-facing online presence.

However, this seems too easy an explanation, especially since they'll have to justify this to investors who get uneasy whenever Microsoft moves beyond their 'comfort zone' of OSes and cloud apps. (See also: frequent calls to sell the XBox brand.)

CEO Satya Nadella hinted larger plans, saying "Together we can accelerate the growth of LinkedIn, as well as Microsoft Office 365 and Dynamics," but did not elaborate on any specifics.  Still, this has set off plenty of speculation.  Some of the more plausible ideas include:

Personally, I'm dubious about the Microsoft-LinkedIn deal overall.  Other recent Microsoft acquisitions, like Skype, haven't added much to their value.  It seems like a real uphill struggle to actualize any of those potential lofty goals.

More importantly, will businesses actually buy in?  Most are annoyed at the time employees spend on social media already, especially on a site which is often a glorified headhunting exercise.  But to remove the headhunting would destroy much of LinkedIn's core value. For that matter, any major changes to LinkedIn's focus could endanger its core user base and, therefore, its value.

It'll be interesting to see how this pans out, but for now, color me skeptical whether this is going to be worthwhile for either Microsoft OR LinkedIn.

What's your take on the Microsoft-Linkedin Buyout? Tell us your thoughts below!