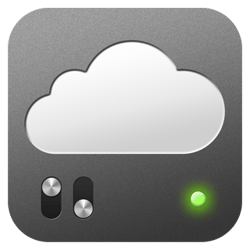 With the new MR42 Meraki access point, this pioneer in cloud-managed networking has released another winner with plenty to recommend it to businesses of almost any size.

The MR42 is the new top-of-the-line of their WiFi AP line, packed full of features and cutting-edge tech, while still working perfectly with all other Meraki access point hardware a company might have installed. By itself, it's one of the most advanced 802.11ac Wave 2 access points on the market, and as part of the Meraki ecosystem, it's arguably a "killer app" that could convince people to buy in.

A Sneak Peak At The New Meraki MR42 Access Point

So what differentiates this AP from the previous top-line MR34? Quite a few things.

First, this is a full 802.11ac Wave 2 AP, and that means faster speeds. The maximum throughput has been boosted to 1.9Gbps, with a 3x3 802.11ac array. This gives it great resilience in high-density radio environments, and the MR42 uses a variety of beamshaping and frequency-optimizing strategies to keep signal strength high even with a lot of RF interference.

Unlike the older model, the MR42 utilizes Multi-User MIMO, which allows multiple simultaneous broadcasts. This significantly reduces lag on the user side without compromising performance.

Like the MR34, it features a third radio specifically for WiFi signal analysis and security features like WIDS\WIPS. However, it goes a step further and adds a fourth radio, this one a low-power Bluetooth Beacon. This gives it increased ability to track user locations throughout a facility, as well as the full range of Beacon-based features such as user messaging.

So while this Meraki access point is generally intended for larger deployments in high-use business or campus environments, it would also be perfect as a dual-facing access point for smaller establishments such as restaurants. Its support for multiple SSIDs, and the segregation of them, allows it to simultaneously host a business network and a guest\customer network. The Bluetooth Beacon functionality, especially, is most useful for customer-side interactions.

In short, this Meraki access point is already among the most advanced 802.11ac access points on the market today, and that's before thinking about the benefits of Meraki's architecture. 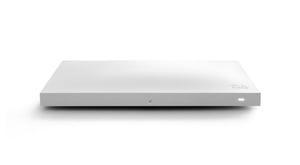 Like all of their products, the AP is designed to be almost instantly usable, even for organizations that lack any dedicated on-site technical expertise. The plug-and-play nature of the system makes installation a snap, and its cloud-based networking features mean most operations which would normally be difficult to configure -such as RF optimization- is handled automatically by the access point itself.

The robust usage and tracking statistics it gathers are delivered directly to the Meraki Dashboard system, allowing sysadmins an unparalleled level of direct observation of the network in action. From specific app usage patterns to the physical location of users as they move around a facility, this access point delivers hard actionable insights into user behavior.

Plus, of course, Meraki products mesh together instantly, so if a business started with a Meraki access point and then wanted to add a security appliance, or an Ethernet switch, they can do so quickly and easily.

Meraki is one of the fastest-growing network brands out there, and the access point is a great example of why this is. If your business is thinking it's time to get off directly-managed wired networks and into next-gen wireless mesh-based networking, contact Hummingbird Networks today or sign up for a a free trial.