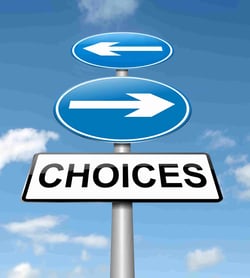 One of the best things about the SFP/SFP+ transceiver standard is that it allows a single piece of networking hardware to support a wide range of different cabling standards.  Rather than needing an entirely new switch for example, you can just swap optical transceivers which each handle a different kind of cabling or connector.

The downside to this is that there's a truly dizzying array of SFP transceivers for Cisco and other brands, each often having only minor differences between them.  Even experienced professionals have to go look up tech sheets to figure out which one will work best.

Accordingly, one of the most common questions we get regarding Cisco SFP transceivers is "What's the difference between the SFP-GE-T and GLC-T standards?"

And, basically, the answer is "Not much." 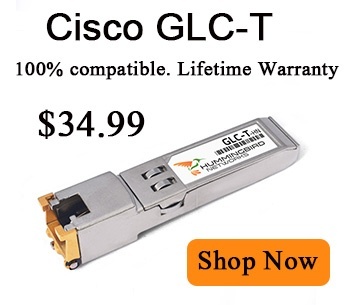 On the face of it, the two formats are pretty similar and, most of the time, are interchangeable.  Both are:

So in other words, they're both fairly basic Gigabit Ethernet SFP ports, and both should work fine with any standard GbE cabling.  For 99% of Cisco network operators, either could be used with no problems.

What's the difference?  The only major thing separating them is that SFP-GE-T conforms to NEBS Level 3 standards.  Which brings us to the next obvious question:

What Is NEBS Level 3?

NEBS stands for Network Equipment Building System and is a set of standards for building networking equipment which can withstand a variety of environmental stresses.  NEBS is generally only relevant within telecoms and other high-level service providers.

NEBS Level 3 regulates a lot of stresses including:

More or less, NEBS Level 3 SFP transceivers are "ruggedized-lite."  They can take greater stresses with less likelihood of failure, and are therefore a bit more trustworthy in truly mission-critical applications.  However, this also means that the NEBS-ready SFP-GE-T Cisco Transceivers are also somewhat more expensive the GLC-T alternative.

And that's really the only other difference worth mentioning.

Do I Want SFP-GE-T Transceivers Just To Be Safe?

Honestly, probably not.  If you're dealing directly with a company -like a telecom- who specifically requires NEBS compliance, they'll let you know.  Otherwise, the sorts of problems that NEBS protects against are very much in "edge case" territory.   If your building gets hit by an earthquake or a fire, you're probably going to have far more important things to worry about than whether your SFP transceivers continued to function.

For the vast majority of networks, Cisco GLC-T transceivers are all you'd need for Gigabit Ethernet, and they cost less as well.

And if you're looking to save money on Cisco-compatible transceivers, don't forget that Hummingbird Networks carries our own line of SFP/SFP+ optical transceivers.  They are manufactured to the exact same standards as Cisco's own brand, and come with true lifetime warranties.  They're 100% compatible, but only cost a small fraction of name-brand alternatives.

Be sure to take advantage of our free trial offer where you can test out any of our SFPs for free in your network.

Contact Hummingbird Networks today to learn more, or to request demo units to try in your own hardware.