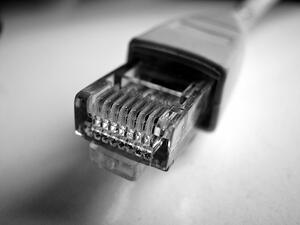 Surely one of the most underappreciated inventions of the twentieth century has to be ethernet cables. This unshielded twisted pair standard of cabling (known as Category 3, 5, 5e, 6, and Cat6a), has been a major factor in the networking boom during the past couple of decades.

Prior to the early 1990's, networks were configured using esoteric and often confusing standards (anyone remember Token Ring networking?). And most organizations had to hire extensively trained (and highly expensive) IT experts simply to have basic levels of connectivity. Ethernet cabling - along with the IEEE 802.3 standard it supported - changed all that, and immensely simplified the methodology of network connectivity. This drastically brought down the cost and necessary skill level of network implementation, and allowed millions of businesses, schools, non-profits, and medical facilities to bring their organizations into the internet age.

And even as wireless networking has become more ubiquitous, ethernet standard cabling still forms the backbone of most office networks, and is generally used for the infrastructure of a WiFi network - not to mention still being the go-to method for providing network access to statically located workstations and servers.

Due to its reliability, flexibility, and cost-effectiveness, ethernet standard cabling and networking will be a fundamental component of office and school networks for years to come. However, for all its many perks, there has always been one major drawback that has frustrated IT technicians for years, and that is what is known as the "100 meter rule". 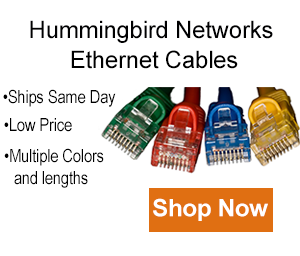 Essentially, because of the physical nature of the cable and the data that travels through it, a segment of ethernet cable has been unable to be longer than 100 meters without using cat 5 extenders. For homes and small offices, this is rarely an issue, however for any organization that operates in a larger building or campus (such as a multifloor office building, hospital, or college campus), this can be an implementation nightmare.

There are, obviously, solutions available. A device known as an "ethernet repeater" can be incorporated to extend the reach of an ethernet segment. These powered cat 5 extenders do exactly what their name implies, and simply take incoming data packets and re-transmit them along the network segment. This solution has several drawbacks, however.

For one thing, there must be a power source at every repeater. This isn't a problem in some buildings, however for certain applications - especially networks located on a campus where there needs to be connectivity between buildings - this can be quite a headache. And incidentally, it is exactly these applications that are most likely to run afoul of the "100 meter rule".

Another drawback of using repeaters is the possibility of equipment failure. This can dramatically increase the time required to diagnose network problems, and depending on
where the repeater is physically located, can make replacement a challenge. Finally, most repeaters are only designed with one input and one output - meaning applications that require multiple network segments to be extended will require a separate rep

eater for each segment, drastically increasing cost of implementation.

Another common solution for cat 5 extenders has been to use a standard ethernet switch in place of a repeater. This solution has some similar drawbacks to the use of a repeater, in that there must be a power source located at each switch and it introduces additional points of potential equipment failure.

However, the ability to extend multiple network segments using one switch can make this a more efficient, lower-costing solution. That being said, the increased functionality of a switch can actually introduce additional headaches, especially if multiple subnets are being extended through the same switch. Configuration is generally possible on the nicer (and more expensive) switches to deal with this problem, but this adds a whole new level of complexity and cost to the network implementation.

Up until recently, the "100 meter rule" has been one of those things that was simply accepted as part and parcel of ethernet-based networking. It might create headaches, but the power, flexibility, cost-effectiveness, and reliability of the ethernet standard made it worth contending with.

Now there is a product on the market that may change that, and, in many cases, eliminate the need for cat 5 extenders altogether. A PoE (Power-over-Ethernet), managed 28-port ethernet switch, utilizes new technology to blow the "100 meter rule" out of the water. This switch actually allows an ethernet segment to extend up to 365 meters - more than tripling the standard range.

This does away with the need for in-line cat 5 extenders in the vast majority of cases, thus reducing the complexity and cost of network implementation - not to mention eliminating the problem of equipment failure at the point of extension. The NetVanta 1535P has the potential to completely change the game when it comes to ethernet-based network design and implementation.