10 Hot Trends in BYOD Every Business Owner Should Know About 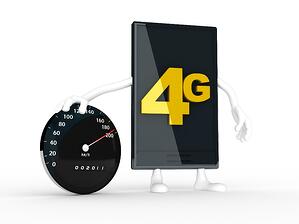 From near-nonexistence just a few years ago, Bring-Your-Own-Device is now a fast-growing new idea, and only projected to grow faster in years to come. The proliferation of WiFi technology allowed by the last decade of technological advances has expanded the use of portable computing faster than anyone could have predicted.

In 2001, one American in five had a WiFi-capable device, statistically. Today? It's an average of three WiFi devices for every person.

This means there's a lot of reason to embrace this, and ever-more businesses are adopting it. 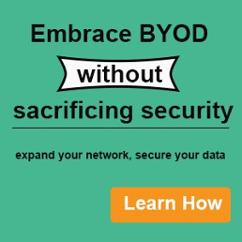 1 - Desk phones are dying. There's now 66%+ agreement across pretty much all demographic groups that the tethered work phone is quickly going extinct. Workers just want to use their personal phones, and unified communications make that possible.

2 - VoIP is nearly unquestioned. In that same study, more than 9 out of 10 said they found the benefits of cloud-based communications to be compelling. Who wouldn't want to stop paying a per-minute phone bill?

3 - Tablets are becoming investments. When businesses are rolling out mobile devices to their workers, tablets are becoming the go-to option. Their combination of portability and nearly desktop-level functionality makes them highly versatile productivity tools.

4 - Google is widely-trusted. Only about 1 in 10 businesses actively discourage or ban use of Google's public cloud offerings. Unlike most third-party public clouds (like Dropbox) Google is generally seen as secure enough for most deployments.

5 - Google Apps is king for small business. Thanks to their low licensing rates, Google has more than five million businesses in their ecosystem, making them the most popular collaboration tool among lower-end businesses looking to start using the Cloud.

6 - Microsoft still leads overall. While Google is gaining in the big picture, Microsoft still has a commanding lead in overall users, through their cloud-based Office offerings. The battle between the established power and the new force will undoubtedly define business Cloud collaboration -vital for BYOD- in the next few years.

7 - The Cloud is becoming universal. From that same study, more than three-fourths of IT administrators surveyed believed that a 100% cloud-based architecture is in their future.

8 - The second screen isn't just for the Superbowl.

Advertisers love talking about the "second screen" experience, but it's making its way into offices. Around 40-60% of businesses report workers using two or more devices in parallel, such as a tablet alongside a desktop. Do you have any apps which would benefit from having features that can be moved between screens?

In the wake of the movie "Her," Microsoft is making waves with the announcement of Cortana for Windows Phone, a SIRI-like digital personal assistant with surprising amounts of personality. We may only be a few years away from workers all having their own secretary, tucked in their pocket.

10 - Telecommuting on the rise.

This doesn't only apply to the office. The rise of unified communications technologies are making it ever-easier for workers to stay home while remaining productive. In fact, the average telecommuter today isn't a Millennial - he's nearly 50! BYOD collaboration technologies extend everywhere your business goes.

BYOD Is Rolling Onwards. Are You Onboard?

Bring Your Own Device policies are expanding opportunities for enhanced collaboration, cheaper networking, and overall happier employees. The benefits it brings to a business can run across the board, and don't even have to be confined to the office.

If this little glimpse of future of business has piqued your curiosity, why not contact Hummingbird Networks to learn more? The most important factor to consider is BYOD security, with so many devices being connected to your network and information. To make sure you have the best BYOD security policy in place, Contact us for a free consultation!