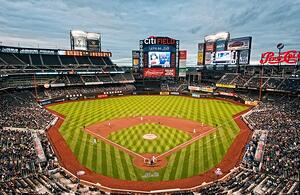 Wireless mesh networking can be the ideal approach for hard-to-wire places. It’s great for large spaces, such as sports arenas or warehouses, or for outdoor use to connect entire cities. Mesh networking requires no Ethernet cables and has the added advantage of built-in intelligence so if one wireless access point (AP) fails the system reroutes the signal without human intervention.

However, to implement a robust, redundant wireless mesh network that provides reliable connectivity takes planning. You have to be precise in your AP placement and select equipment that will deliver the necessary signal despite line-of-site and weather attenuation.

The Beauty of Wireless Mesh

Unlike Wi-Fi which uses a single antenna to serve multiple users, a wireless mesh topology connects multiple access points together so that each AP becomes a transmitter carrying the network signal to an adjacent node. Rather than using a central antenna, the wireless mesh infrastructure is completely decentralized; each AP need only reach the next AP, which carries the signal to the next AP, and so on. Mesh networking lets you connect a large geographic area because with the addition of each AP, the mesh extends and the coverage area grows.

What gives mesh networking its intelligence is the ability to work around system failures since the signal can be routed around the point of failure since all the APs overlap. So when laying out a wireless mesh networking infrastructure, you want to place the APs to provide adequate coverage but not too close or too far apart.

There are two types of wireless mesh topologies:

The AP technology that enables wireless mesh networking has limitations, so to deliver the fastest performance use some simple best practices:

APs should be placed so that the data rate is no less than 25 percent. The wireless mesh infrastructure is already hampered by the fact that 50 percent of the data rate is used for overhead to maintain a stable link, and 50 percent of the remaining data rate is reserved for the fault-back path. And be sure to take into account the power of the AP (especially if it is battery operated), line of site, and weather conditions that may degrade the wireless signal such as fog or heavy rain.