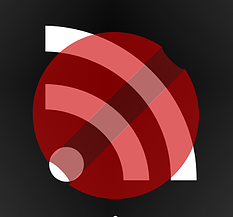 Is your poor hotel guest WiFi driving business away?  A new study from Netgear suggests it's more likely than you might think.

Earlier this year, Netgear conducted a study of hospitality businesses and their guests about WiFi Internet.  Their results showed a clear disconnect between...

a lot of hotels and the expectations of their guests.  Nearly half of hotels believed that WiFi was unimportant, or that customers would value the experience of the hotel ahead of convenient WiFi.

Instead, far too many guests said just the opposite.  One-third of leisure guests said that they would not return to a hotel with inadequate WiFi.  When business customers were surveyed, that number went up to two-thirds.

Further, these same customers would also refuse to use in-hotel attractions like the cafe, if WiFi were unavailable.

Could any hotel afford to lose more than half its business trade in this economy?

It seems that a lot of hotels don't realize just how rapidly WiFi has revolutionized both the private and business lives of their customers.  This misapprehension is leading to lost business, even though there are simple solutions on offer.

The Rapid Rise Of WiFi

It's hardly surprising that many hotels have been caught off-guard.  The rise of Internet-capable smart devices has been absolutely unprecedented in technological history, in terms of rapid adoption.  In fact, this year marked a true turning point.  Sometime in Spring 2014, mobile browsing surpassed desktop browsing, and things aren't going back to how they were.

Now, consumers and businesspeople alike are accustomed to having the Internet available where ever they go. Most, if not all, of the important functions in their lives are conducted online.  They're dialing into global teleconferences over coffee.  They're storing more and more of their documents, and their lives, in cloud based servers that require connections.

For many, the lives they're leading are so electronically multilayered that being offline for even an hour or two may be too long.  And with so many other businesses offering free WiFi, they aren't a captive audience.  They go where the connections are.

The Value In Affordable WiFi 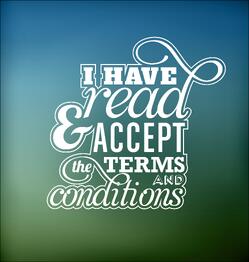 In some situations, WiFi could even be a stepping stone to eliminating other services.  How much are you paying for cable TV and PPV?  Having a collection of media streaming devices available for rent, like ChromeCast dongles, would convert your WiFi into a television service without the ongoing monthly charges that cable brings.

There's been another side effect to this boom in mobile devices, and that is a constant drop in the price and difficulty of networking upgrades.  If you haven't investigated prices in the last 2-3 years, you might be surprised at just how cost-effective upgrades can be.

In the case of smaller hotels, a few BlueSocket Wirelesss Access Points might be literally all you need.  BlueSocket doesn't require a central server, or any other external network hardware to run.  When it's time to expand service, all it takes is another BlueSocket AP.  They self-configure within seconds, and automatically balance the network load between them.

BlueSocket is perfect for hotels, schools, and other high-capacity operations who need a strong, flexible network that "just works" with a minimum of human administration.

To learn more about BlueSocket, or other options in WiFi that will keep your guests coming back, just contact Hummingbird Networks for a Free Wireless LAN Evaluation! 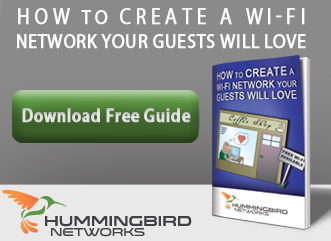