One of the biggest challenges facing hotels and other hospitality businesses with WiFi is limiting the abuse of that WiFi by guests.  A lot of users will happily pirate bootleg materials (or worse) via hotel connections, and that can create a number of problems:

How do you keep illegal downloads under control?  It's not easy, and there's no single sure-fire solution. Popular methods like BitTorrent have become extremely clever about avoiding simple fixes like port blocking.  Plus, because they use encryption, packet-sniffing is rarely an option.

That said, let's discuss a few of the techniques that may get the problem of donwloading illegal content at your hotel under control.

Ways To Protect Your Hotel Wireless Network From Illegal Downloads

Before we even get into the various ways to lessen the use of BitTorrents and other forms of illegal download, the best thing your hotel can do is include an End User License Agreement, which must be agreed to.  If it outlines clearly a no-pirating policy alongside your other terms of use, this will greatly reduce the chances of you being found liable for any infractions.

Here's a perfectly serviceable example of one such EULA, if you'd like an example.  That said, since DMCA-based service terminations can happen without a court of law being involved, this is not bulletproof protection.

Some newer routers include onboard software to detect Torrenting and other illegal activity.  It's rare and often not an advertised feature, but it's worth checking.

Far more than simply a Domain Name Service, OpenDNS provides a range of cloud-based tools to help businesses keep malicious traffic off their network entirely.   It's a good choice for help here.

Depending on your service relationship with your hardware vendor, some brands like Cisco and ADTRAN offer offsite network management which can also block many such activities.

One issue with the DMCA and takedown notices is that the ISPs have significant discretion in whose service gets cut off.  Some are more willing than others.  If you're worried that piracy is an issue at your hotel, contact your ISP and see what they suggest.

If they have a list of guidelines, fulfilling them will likely prevent DMCA-based disconnections.

This is another service offered by OpenDNS and many other third-parties.  They maintain up-to-date lists of all known pirate websites/IPs and block any attempts by your users to access anything on the list.

It's theoretically possible to do this for yourself, but in practice nearly impossible to do well.  Subscriptions are a much better idea. 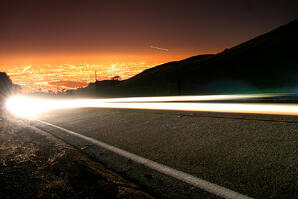 Visitors might be annoyed, but it still gives them basic service.

This is sneaky, but it can work.  Rather than instituting a global bandwidth cap, set up the server to selectively throttle anyone who exceeds a certain number of megabytes/gigabytes transferred.  When they complain, blame network traffic for the congestion.

On the more pragmatic side, tiered services allow you to provide a basic free WiFi service, and then charge enough for higher speeds to compensate for the additional costs incurred such as those filtering services.  When paired with a clear EULA saying that pirating isn't allowed, you're legally safe and can theoretically profit off the entire affair.