How a Data Center Cooling System Can Reduce Downtime

Heat, of course, will tend to build up among any collection of electronics, with more heat being generated as the collection grows.  This problem gets worse if the data center is in a relatively small room, leaving the rapidly-warming air with no place to go.  Further compounding the issue is that server and data center equipment tends to be less heat-tolerant than off-the-shelf consumer gear, so overheating can quickly become a very costly problem.

Which is why cooling systems become so important, especially as a company grows. 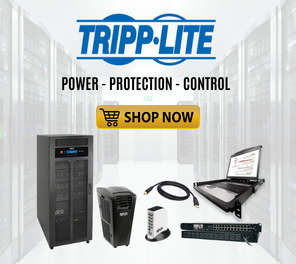 There's no particular magic to data center cooling, it mostly just involves smart placement of cooling units along with plenty of airflow.  Humidity is another factor which can harm electronics, so  humidifiers or de-humidifiers are often added to the mix depending on the local environment.

It still requires an expert to set up and maintain properly.  However, the results are worth it:

Poor atmospheric control in a data center can drastically reduce the lifespan of equipment, and greatly increase the chances of a catastrophic unplanned outage when a piece of hardware fails. Regular maintenance of the system  will also help spot external problem areas.

One "workaround" some operations use to try to avoid implementing more stringent data center cooling systems is to simply keep their server room very, very cold.  The problem is, this is incredibly wasteful, and often amounts to enough unnecessary power use. This will end up costing you more than it would be to just pay for a better and more efficient cooling system.  A well-maintained cooling setup can often help lower energy costs in the long run.

Data and server rooms almost never have to be cooler than 70 degrees Fahrenheit, and it's actually fine up to about 80.  However, 75 is considered the maximum "safe" temperature, just to leave some headroom.

If you're still relying on the AC system built into your building decades ago, you're probably paying far more for cooling than you need to.  Today's climate-control devices are 30-50% more energy efficient than models from the 70s and 80s.  So, again, installing a modern data center cooling setup can ultimately end up saving considerable energy -and money- in the long run.

Ask For Cooling System Maintenance In Your SLAs

When so much is on the line, it's not worth risking equipment failure or damage due to faulty cooling systems.

If this is something you haven't thought about before, it's definitely time to look into a better data center cooling system.  While hardware manufacturers are trying to increase the heat tolerance of their hardware, it will still be a long time before they can run at temperatures much over 80.  In the meantime, prevention is the only policy when it comes to overheating.

Need advice on finding or setting up a data center with best-practice protections?  Contact Hummingbird Networks for a free consultation.