How Secure Are Your Telecommunications Systems? 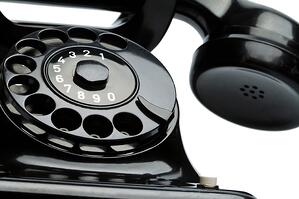 If you're still running an older network, you're going to be facing a number of security problems that are only going to get worse as time goes on. Modern unified communications systems eliminate nearly all of these, but plenty of businesses are still using networks they've cobbled together over the last year.

If any of these describe your current small business phone systems, you may want to think about upgrading very soon.

One of the biggest problems with managing a network pieced together out of several different vendors, over several years, is that each piece of equipment is going to have its own security procedures and methods of setting them up. One router may support the newer WPA2 standard, while older ones may only be using WPA.

This makes it virtually impossible to have standardized security settings even in a single office, to say nothing of security over a distributed network. Besides the obvious issues this creates, it's also inefficient and frequently tends to lock out users with more modern devices.

For years, it was standard for network security to be handled at the server. Generally speaking, a device first connects to a router and gets granted partial access, while it receives and processes your security credentials. Unfortunately, this “foot in the door” has opened up a range of security holes that can allow unauthorized devices onto your network.

Modern unified telecommunications systems move the security onto the shared network itself, off of any single server. Authentication is handled at the points of access directly, with no access granted until credentials are confirmed. This creates a far more robust security system that leaves fewer holes.

In much the same way that a central network server creates a prime point of attack for hackers, the same is true for your data storage systems. If you keep mission-critical files on-site, attached to the same network as everything else, it can become far easier for intruders to make their way into your database. Social engineering methods are quite viable in this situation, further frustrating your security efforts.

A Cloud-based data storage system makes sense for a number of reasons. It keeps the data off your property and off of your main network, allowing it to be shielded by multiple security systems. Unified communications, however, will still allow your users to access this data the same as they always have.

As a consequence of these cobbled-together systems, a lot of businesses may be in a position where their Systems Administrator is perhaps more necessary than he should be.

Modern telecommunications systems are designed for ease of use, so that expensive certified administrators aren't necessary. With everything streamlined into a single console, accessible online from any terminal, nearly anyone in your IT department could manage a modern system if necessary.

Basically, if your network setup can only be understood by the person who established it, that's another sign that you probably need a better foundation for your networking and communications systems.

If any of these scenarios sound familiar, it's time to look into unified communications products from quality vendors such as Cisco. They can consolidate your telecommunications systems, speeding up their use, while providing substantial new security benefits in the process!

To hear more about Cisco or Meraki or any of the other great business communications systems we offer, just let us know what you need!