5 Signs Your WiFi Network Is Too Weak

No matter what type of business or organization you are part of, chances are you not only have a WiFi network, 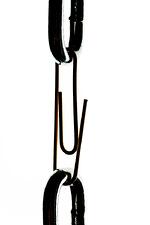 but that its consistent operation is an essential component of your workflow. A poor or degraded WiFi signal can cause interruptions that can seriously weigh down your organization's overall efficiency.

Because even the weakest WiFi signal can function surprisingly well as long as the client device remains close to the access point, it can be easy to ignore telltale signs that your WiFi network doesn't have the strength needed to keep pace with your organization's demands. Here are five signs to look for when determining if your average WiFi speed is up to snuff.

1) The network doesn't cover wide enough area - This is an obvious one, but it still bears mentioning. If your wireless network doesn't provide signal to all the areas where it is needed, then it somewhat defeats the purpose of having WiFi in the first place. You don't want a situation where circumstances necessitate doing important work in an area of the building underserved by WiFi. To resolve this, either incorporate additional access points or possibly replace the current access point with one that broadcasts a stronger signal.

2) Network performance is poor away from the access point - Sometimes client devices may be able to connect to the network - and the device may even show decent signal strength - but performance will be notably poor when compared to devices operating closer to the wireless access point. Occasionally web browsers won't connect with websites, or all elements might not download, and streaming data often won't load. The fix for this situation is generally similar to the previous scenario: additional access points or replacing the current one with one that broadcasts a stronger signal, however attention should be paid to other wireless broadcast devices (such as security systems) that could also cause this effect. If that's the case, you may have to replace the access points or the interfering device with something that broadcasts on a different frequency.

3) Transfer speeds are extremely slow away from the access point -  In this situation, the network connection remains consistent, but transfer speeds approach dial-up territory, causing website to take forever to load and streaming media to get stuck in endless buffering. This happens when the signal is strong enough to maintain the connection, but weak enough so that a fair amount of data packets get lost or corrupted, which is what causes the slow transfer speeds. This is almost always caused by a simple lack of signal strength, however it is not impossible for interference to cause this symptom.

consistent, except in a few specific locations that seem to have nothing to do with distance from the access point. Almost exclusively caused by interference from other wireless systems, this problem can sometimes be fixed by incorporating additional access points located to compensate for the interference, however replacing (or re-configuring) one or the other to use a different frequency is a more optimal long term solution.

5) VOIP audio quality is poor on devices connected to WiFi network - Maybe your WiFi performance is reliable and consistent, with the exception of VOIP devices receiving a signal that must traverse the network. Because of the delay-sensitive nature of VOIP data, packet errors that aren't perceptible in other areas often make a significant on VOIP audio quality. Consider this aspect the canary in the coal mine in regards to WiFi strength. If you start having trouble here, you can proactively track down the source of the issue and avoid more costly issues down the road.

Whether the solution is adding or replacing access points or resolving interference, increasing your WiFi network signal strength will only serve to boost your organization's overall workflow and productivity. 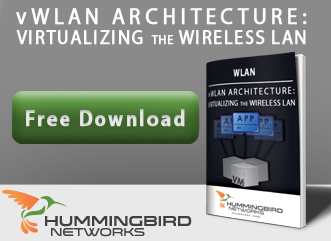