What does the "G" stand for in 3G, 4G, or 5G? It means "generation". Essentially each "G" is a new "upgrade" of wireless service provision. Here's how technology works today: it exponentially increases on itself. This has been the case since Gordan Moore noticed a relationship in hardware capacity expansion during the sixties. 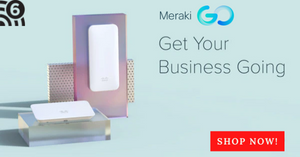 Moore's Law is essentially a rule of thumb pertaining to how technology increases on itself. Even though tech is moving well past the scope of Moore's original observation, it's still expectable to see tech double on itself about every eighteen months at the highest levels. In terms of broadcast tech like 4G and 5G, the change comes about every decade.

The term for each incremental step is an "iteration", and these iterations tend to follow exponential segues in terms of overall scope. As an example, 5G has speeds as high as 100 gigabits a second. It's been estimated that 5G is about a hundred times more fast than 4G. Each iteration is going to be more quick, more efficient, and more intelligent than previous ones. However, the work which goes into those iterations takes place inbetween them.

The first telecommunications network of the modern variety came about in 1986. The next one hit in the mid nineties, 3G was huge in the early oughts, 4G soon became common, and 5G is now at the threshold. But 6G is already being worked on. It's supposed to be about ten years off, which means though 5G isn't as fully implemented as 4G, if you're going to be competitively viable, you really may want to think about making the switch.

Older Tech Iterations Are More Vulnerable
Another collateral consequence of exponential tech growth is security losses. Because each new iteration is exponentially greater than the previous iteration, that older network becomes more vulnerable to exploitation from "black hat" IT people. "White Hat" IT is a global industry presently worth around $5 trillion. By 2021, it's expected that cybercrime impact will be somewhere around $6 trillion. Basically, the two are--and always have been--neck and neck.

When new breakthroughs hit the public, criminals have access as well. There are cybercriminal startup companies across the world (but mostly in America and China) who make it their entire business to exploit varying digital weaknesses. 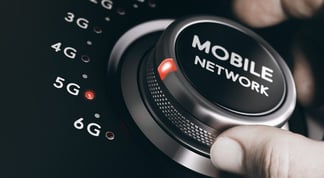 All that being said, the question of whether to upgrade will depend on several factors. Firstly, how integral is lightning-fast connectivity to your business? For example, if you're an auto repair shop and the only reason you're using any 4G network is so that your clientele have WiFi connectivity in the waiting room, upgrading may not necessarily be something to worry about.

However, if your auto shop deals with cutting-edge vehicles like Tesla machines, then there's a real possibility properly working on them will require a fast internet connection. The watermark for you will generally involve how dependent your business is on the latest technology. That being said, customer care is also a consideration.

If you run a local coffee shop, you can bet Starbucks, Coffee Bean & Tea Leaf, Peet's, and other such organizations will keep their networks as quick as they can for reasons of competition if nothing else. Should your connection at the local cafe be too slow for new devices, you'll lose local market share.

Riding Tech Ripples
This raises something else to think about: when there are faster technology options available, there's a ripple effect on the market. Software and hardware designed with the parameters of new communications thresholds in mind develop. 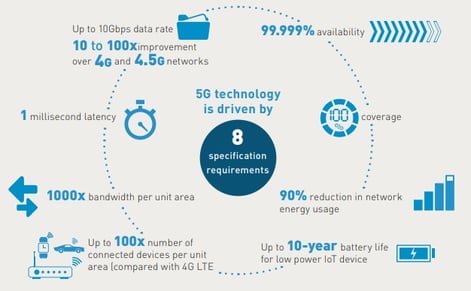 Accordingly, it soon becomes next to impossible to operate new devices on old networks--they're just too slow for the higher-level interface. For contrast, have you ever been driving or traveling, and found yourself under 3G coverage? Suddenly you can't watch videos on YouTube, and your Facebook won't load. Soon, 4G will act just the same as the tech industry naturally transitions up an "iteration". Iterations aren't restricted to smartphone connectivity, they basically define all modern computational technology; though they do come at different rates in different computer tech industries.

Sometimes you're operating in an industry where simply replacing older tech when it wears out yields iterative upgrade organically. Have you ever managed to keep a smartphone longer than two or three years? You usually end up breaking it and needing a new one anyway. 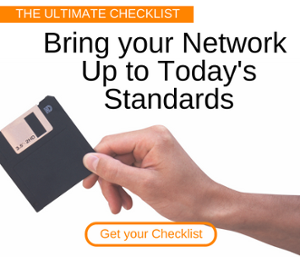 What To Take Away
The bottom line on 4G and 5G is this: 5G is going to be exponentially faster--it will be at least a hundred times as fast as 4G tech. In another ten years, 6G will be a hundred times faster than 5G; and so on it will go. If your business must remain on the cutting edge, it's advisable to upgrade if you haven't. However, this will differ per industry, so at the very least you might want to use consultation to help you make the right decision if you're not sure.